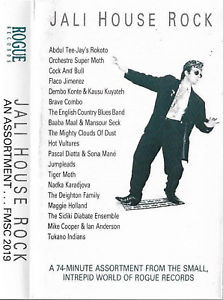 Every now and again I get angry about how overlooked Maggie Holland is. I’ve been a fan of hers for about 25 years, when I heard her song ‘Salt of the Earth’ on an great obscure cassette compilation called ‘Jali House Rock‘ that I’d found in the bargain bin in a record store. This is my own small attempt to draw attention to her work, so I’ve put down as much information as I can for people who may be interested.

She’s a fantastic songwriter and musician, and at least these two songs of hers should be considered as alternative national anthems for England. Although she’s won folk awards and June Tabor’s cover of ‘A Place Called England’ got a lot of radio airplay, her work has not penetrated the national (or international) consciousness as much as it should have.

In my view, with these two songs alone, she should be championed alongside Billy Bragg, Crass, New Model Army, and the Levellers as a particularly English songwriter fighting for the common folk and resisting the greedy and the oppressive with passion and outrage and music. Because she’s seen (or marketed) as folk, she gets pigeonholed like so many other artists.